Wigs. Who do you want to be? Hair Color

Home / Wig Advice / Wigs. Who do you want to be? Hair Color
â€¹Return to Previous Page 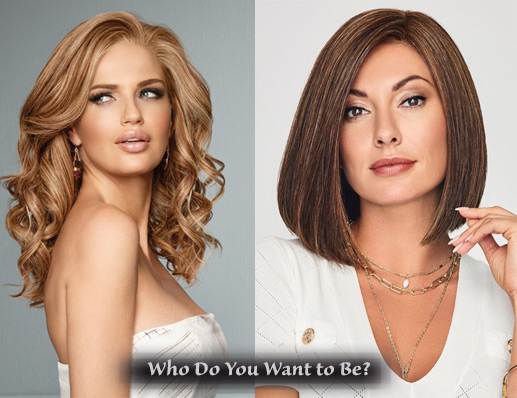 Wigs. Who do you want to be? Hair Color

Wigs, Hair Colors and What they say about you.

In 1960, print and billboard advertisements for Lady Clairol asked the unforgettable question “Do Blondes have more fun?” Hair color has always been a very visible personal attribute and commentators and psychologists agree that it is defining. It is becoming increasingly clear that hair color shapes the way we see ourselves and also the way others choose to see us. Hair color and personality are often inter-woven and changes in the former can enable transformations in the latter. Actresses and actors frequently alter their hair tones to support or strengthen a character creation and the fiery redhead, flirty blonde and brainy brunette are all well-worn cinematic stereotypes. Since the early days of Lady Clairol, the freedom to impact ones outlook or personality through hair coloring has become common and the wig and hairpiece industry has been an integral part of that revolution. Patrons are no longer fenced in by their natural hair color and experimentation through fashion wigs can create fabulous reinvention opportunities. But what does the hair color we choose (..or are born with) say about us? Reviews by Isabel explores some of the conventional wisdom.

What is the Psychology of hair color and what can it say about you?

Blonde hair color started as a rare genetic quirk from Northern Europe but common culture driven by screen sirens and legends of Hollywood have powered this look through the dumb and ditsy phase of the 60s to powerful, prominent and extraverted. It is one of the most eye catching colors especially when worn with long or medium length. It exudes confidence, femininity and energy. Marilyn Monroe’s “Blonde Bombshell” is still an enduring stereotype that allows one to make an entrance, be noticed, stand out and get attention. It communicates friendliness and approachability, promises dazzling conversation and exudes health, vitality and sparkle. Blonde shades are super popular and Wig Manufacturers dedicate over 40% of their extensive color palettes to shades of blonde. In 2019 Jon Renau released a wig collection of blonde shades known as the Jon Renau California Blondes. (Laguna Beach Blonde, Venice Beach Blonde, Malibu Beach Blonde and Palm Springs Blonde).  The collection is a splash of high energy blonde tones that promise honey, sunkissed, platinum and beachy looks for long and medium human hair and synthetic wigs. The look is healthy, energetic and confident and promises California sunshine in a box and a whole new exciting you. Almost all manufacturers now offer a selection of Blonde Colors with Darker Roots (Shaded, Rooted). These have proven hard to keep in stock as demand goes crazy for the look of health and vitality. 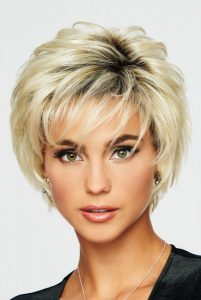 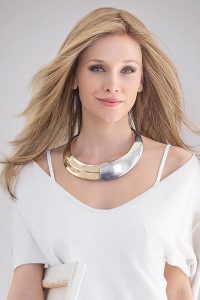 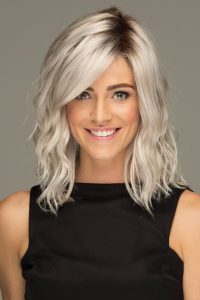 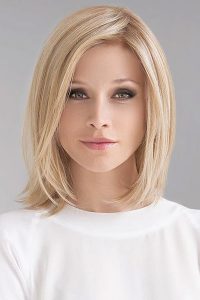 Despite the fact that fewer than 2% of the population are born with natural red colored hair, many choose it as an adventure. It is one of the hardest shades to create through coloring and as a result has become a popular choice for wig purchasers. The tone made famous by Rita Hayworth and Lucille Ball has become synonymous with fun, humor, excitement and drama. It is sassy, bold, brash, loud and extraverted and transforms the wearer into the life and soul of any party. Red is expressive, confident and fiery and it will surely make you stand out and noticed. Wig manufacturers provide extensive red head opportunities from single colors to rooted and shaded options. Cherry and scarlet hues when mixed with darker browns are increasing in popularity. 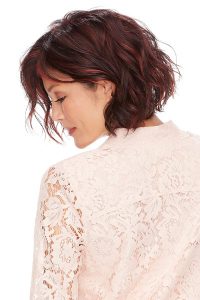 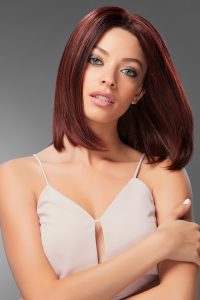 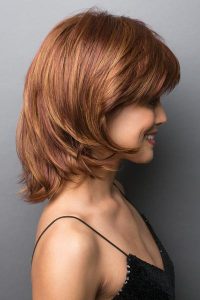 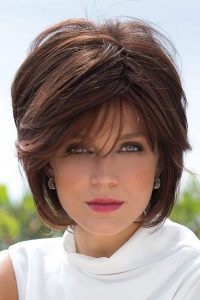 Anita Loos once wrote “Gentlemen prefer blondes but marry brunettes”. Although less vibrant and visible than the blonde or red head, the brunette promises sophistication, poise and stability. Darker brown is a natural color for much of the population and it demonstrates elegance, style, and maturity. Recent introductions of shaded and rooted shades mean that brown doesn’t need to be represent ‘mousy” any longer. It can in fact communicate self-assurance, intelligence and accomplishment. From stunning light brown shades like caramel and honey brown to darker tones such as chocolate and chestnut, brown hair is truly versatile. It can suit anyone, no matter what skin tone or hair length. 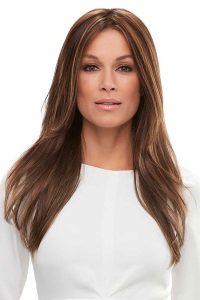 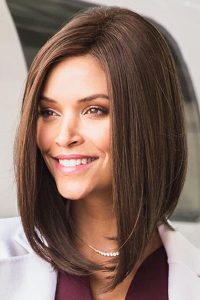 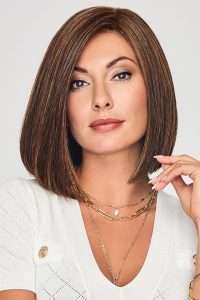 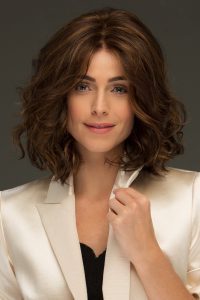 Black hair is the most prevalent natural hair color in the world today but it appears rarely in much of the West. It has seen a rise in popular appeal in recent years and artificially colored black hair exudes edgy, contemporary and counter culture. Jet and Raven tones are now universal in the design community and dominate the runways and catwalks. Black hair has also been represented in the past as mysterious and exotic with a sleek, glamourous beauty. Straight black is bold and striking but stylists often guide towards darker brown colors which are easier to stylize for naturally lighter colored wearers. 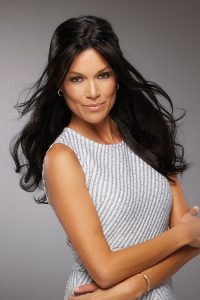 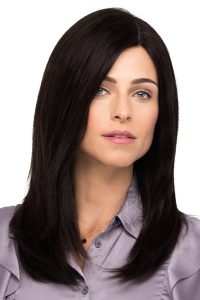 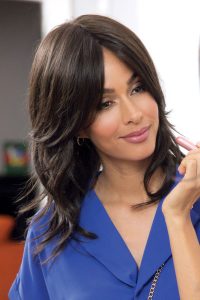 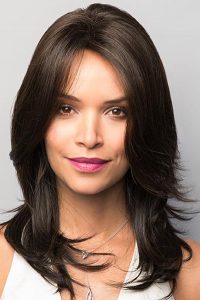 “Gray hair” has gone chic and fashion writers in 2020 have declared grey hair to be the height of style for all demographics. The trend is attributed to fashion designer Jean-Paul Gaultier who stormed the catwalks of Paris Fashion Week in 2015 with silver haired models. Since then Grey has broadened its appeal for young people changing their hair color and the older generation eager to embrace their natural grays. Additions of blues, reds and purples have added a contemporary and lively note to a hair color that was previously hidden or concealed. Coloring hair gray often can be damaging to the health of the hair. The process can also be complex and costly in a salon and wig manufacturers have launched grey and platinum collections onto the market provide as an easier solution. In 2020, Jon Renau released the Arctic Collection made up of five novel colors. Flurry, a pewtery lilac; Frost, a pearly, barely blushing pink; Glacier, a bright, icy blue; Storm, a sharp silver; and Sleet, a luminescent platinum. The Jon Renau Arctic Collection can reinvent an everyday look with the playfulness of confectionery colors and the flattering depth of ombre toning. And, far easier to find than a great hair colorist. 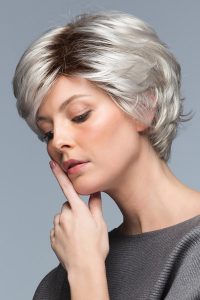 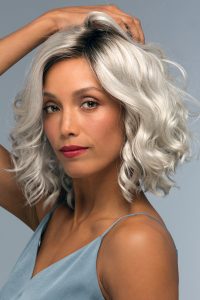 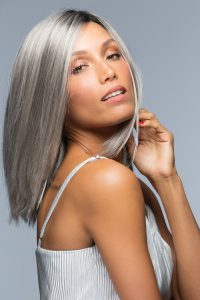 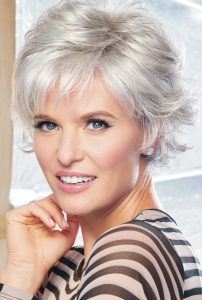 According to British Hairstylist Andrew Collinge, women have historically changed their hair color a minimum of three times in a lifetime. These changes have traditionally corresponded with major life changes. With the broader advent of wigs and hairpieces the opportunity for reinvention does not need to wait for large events. Instead changes in color and style can be frequent and varied. The result is a new found freedom of expression and experimentation in style that women are celebrating.

Social
« Reviews by Isabel: Jon Renau easiPieces.
Covid 19. It doesnt have to be a bad hair day » 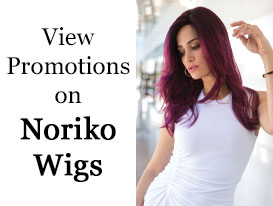 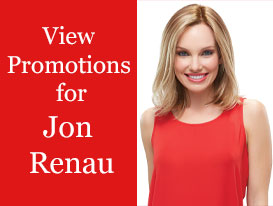 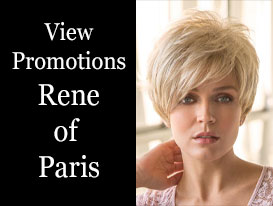 Mobile version: Enabled
Back to top

Use the search box to find the product you are looking for.

No products in the cart.